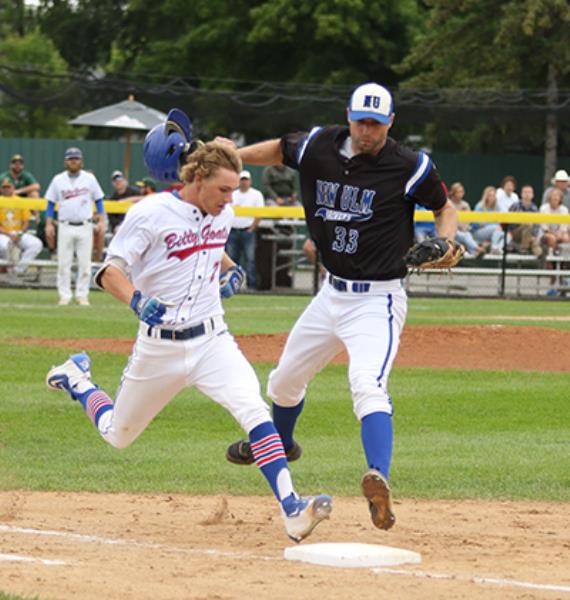 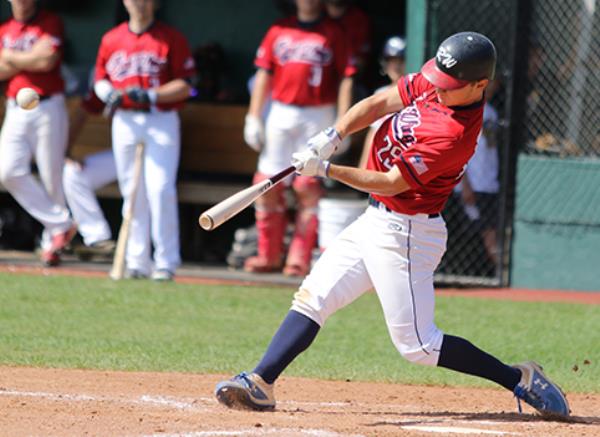 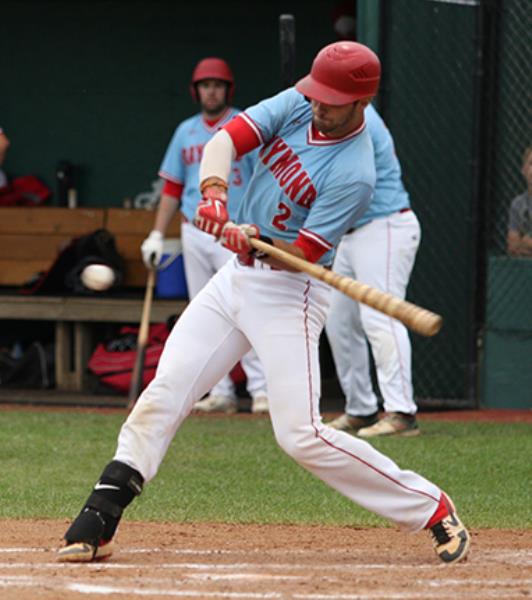 The Raymond Rockets got a steady stream of offense Sunday night on the way to a 7-0 win over the Perham Pirates. The Rockets spread out seven runs over the first four innings, which was more than enough to move Raymond on to the Sweet 16.

The Rockets utilized four pitchers in the shutout win, with Cole Christianson striking out six while scattering three hits across five innings in a winning effort. Austin Versteeg, Colten Vien and Zach Nelson also kept the Pirates off the board in a strong showing from the bullpen.

The Rockets got stared in the first inning when Mike Jeseritz singled and Eric Hulterstrum ran out a bunt to put a pair of runners on. Jordan Smith plated the first runner with a double and Justin Koenen batted in the second runner. Then Calvin Kosminskas walked in the second inning and scored on a Hulterstrum single to put the Rockets up 3-0.

John Sawatzky and Jon Broman both hit RBI singles in the third and Tyler Steen hit a two-run homer to give Raymond a 7-0 lead through four innings, a score that would not change for the remainder of the game.

Jeseritz, Hulterstrum, Kosminskas and Jordan Smith each had two hits in the win, while Sawatzky, Steen, Broman, Jose Rosario and Brett Swanson each had one. Steen led the Rockets with three RBIs.

The first two at-bats in the matchup between the Luverne Redbirds and the New Market Muskies proved to be deceptive. Luverne's Gage Nath and Declan Beers hit back-to-back singles to start the game, but no runs would cross the board until the eighth inning, as New Market earned the 1-0 win in a pitchers' duel.

New Market's Tony Vocca was tough to beat, facing 26 batters in seven innings on the mound, striking out five, allowing three hits and walking none. Things did not get any easier when Matt Lane entered the game for the Muskies, as the draftee from Faribault struck out the side in his first inning of work, before earning the win for New Market.

Brandan Alfson was just as fierce a competitor on the mound despite the loss. The draftee from Pipestone scattere five hits across eight innings, striking out four and walking none.

The lone run of the game came in the eighth. Kyle Bergstrom singled in the leadoff spot and Justin Firpo came in to pinch run. A bunt from Nick Rost moved Firpo over and he scored the first run of the game on a Brett Herber single, sliding across home plate as the catcher corraled the ball. Even though Daniel Phyle kept the offense going with a single, a strong throw from right fielder Logan Norman stopped the Muskies from adding to the lead.

While New Ulm found a pitcher that was able to slow down the offensive onslaught of the Buckman Billygoats (18 runs, 28 hits in two games at state), it was too little too late as Buckman moved on to the sweet 16 with a 4-1 win.

Buckman opened the score in the third inning and never looked back. Matt Tautges won the race to first base to earn a single, his foot tapping the base fractions of a second before the Brewers' pitcher. Tautges then stole second to set up an RBI single from Lane Girtz. After The Brewers threw Girtz out at second, Matt Kummet and Aaron Weber both singled, then Noah Boser drove in the second run of the inning for the Billgoats' fifth consecutive hit. Despite an 8-0 lead in hits through three innings, the Buckman lead was only 2-0.

The Billygoats added to their lead in the fifth before they finally met a pitcher that could slow them down. Matt Kummet doubled to start the inning then Aaron Weber earned a walk after a nine-pitch at-bat. A bunt from Noah Boser forced an error and a score for Buckman.

Down 3-0 with runners on second and third, Mitchel Kelly then entered the game and did what none of the previous pitchers that faced Buckman could. Prior to Kelly, the Billygoats had faced five pitchers who gave up a combined 27 hits and 17 runs in 13 innings. Kelly proceeded to strike out the first two batters before getting an easy ground out to end the inning without anymore harm done and stranding a pair of runners in scoring position.

Though Kelly was able to slow down the Billygoats (only one run and one hit in three innings), the hot bat of Matt Kummet could not be stopped. The catcher tallied his fourth hit of the day in four at-bats to drive in Travis Kahl who walked to start of the sixth inning, giving Buckman a 4-0 lead.

The Brewers came dangerously close to ending Tautges' shutout in the sixth. Brody Peterson tallied New Ulm's second hit of the game in the leadoff spot and moved to third after an error on a bunt. The mistake could have put runners on second and third with no outs if not for a laser throw from firstbaseman Joe Kahl, who gathered the errant throw and threw out the runner advancing to second. Still in danger of giving up the shutout, Tautges struck out the next batter and forced a pop fly to keep the Brewers off the board.

Still looking to break through in the seventh, New Ulm got singles from Andrew Peters and Jon Ahern, which led to a pitching change for the Billygoats. Chad Weiss (draftee from Pierz) started where Tautges left off, getting two quick groundouts to end the innings with the shutout still intact.

Wade French kept the Brewers from being shutout with a solo homerun in the bottom of the ninth, but it was not enough to keep New Ulm's season alive.

The Red Wing aces advanced to the sweet 16 thanks to a standout performance from Brady Schroeder, their No. 4 hitter and pitcher. Schroeder took to the mound in the second inning and scattered three hits across 7 1/3 innings, striking out five, walking two without allowing a run to cross the board. Schroeder helped his cause on the mound with two hits and an RBI, while Kyle Blahnik had a game-high three hits.

Red Wing struck first before Avon answered. Mitch Matter singled and moved over on the next two at-bats before scoring on a single from Brady Schroeder. Avon responded in the next half inning. Carter Phillipi walked and moved to third on a double from Reed Voit before an error had Phillipi crossing the plate to knot the game at 1-1.

In the third, the Aces took the lead and never looked back on the way to the Sunday morning win. Matter walked to get on base for the second time in as many at-bats, a single from Adam Thygesen moved Matter over and a single by Dixon Irwin had him jogging home for the Aces. Another error from the Lakers scored the second run of the inning and had the Aces up 3-1 through three innings.

In the top of the fifth, the Lakers looked to cut into the deficit, but Red Wing Short stop Zach Harding had other ideas. After a walk to Carter Holthaus and a single from Matt Meyer put runners on with no outs, Harding fielded a ground ball up the middle, made the quick step on second base and hopped over the advancing runner to make the double play, dirtying his jersey when tumbling to the ground after making the tough play. The next batter also hit the ball at Harding, who again stepped on second to end what was a promising inning for Avon.

Though the Lakers lost, they also got a strong outing from their pitcher. Matt Pichelmann scattered nine hits across eight innings with five strikeouts and two earned runs.